The General Assembly's Life Sciences Caucus met Tuesday, June 28, to learn about the promise of gene therapies as potential treatments for rare diseases. 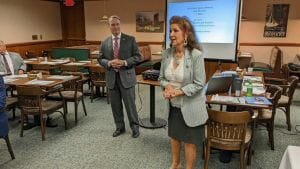 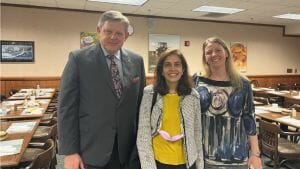 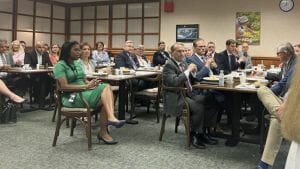 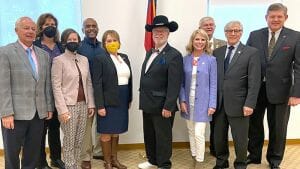 Members of the NC Life Sciences Caucus toured the NC Research Campus in Kannapolis on Wednesday, Feb. 23, along with local leaders and representatives of industry, such as Eli Lilly and Company, which is setting up shop in nearby Concord. Read More >>

Presentation on COVID-19 and Flu Vaccines

Cancer diagnostics firm to add jobs as it expands
Alcami to invest $10 million, hire 40, in Durham

Cancer diagnostics firm to add jobs as it expands

Cancer diagnostics firm to add jobs as it expands

Biotech sets up new Durham headquarters with plans to hire

IQVIA opens new lab, will create up to 750 new jobs

StrideBio expands its campus, plans to expand workforce over next 12 months

Manufacturer of neurology products moves HQ to near Hendersonville

Bioventus gearing up for third acquisition this year

Canadian firm acquires Triangle-based HeartIT, looks to add as many as 100 jobs

$2.9B in life science projects across NC so far in 2021 are setting stage for big jump in jobs

The Triangle’s biotech scene is churning out jobs. It wants laid-off workers to fill them.

Thermo Fisher adds 200 jobs in Asheville amid demand for freezers

Merck Announces Another Expansion in Durham

An International Pharmaceutical Manufacturer to Locate in Lenoir

Merck Will Build Facility in  Durham and Expand in Wilson

French Company Selects NC over Other Sites Because of Talent Pool

AveXis to Expand, Bringing Another 200 Jobs

RTP One of Top 5 Life Science Hubs in US