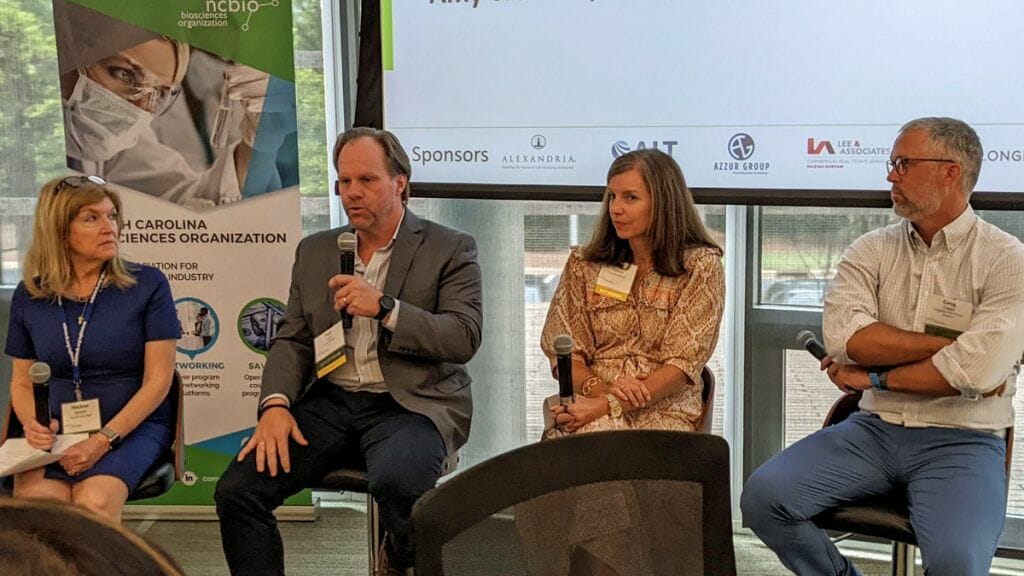 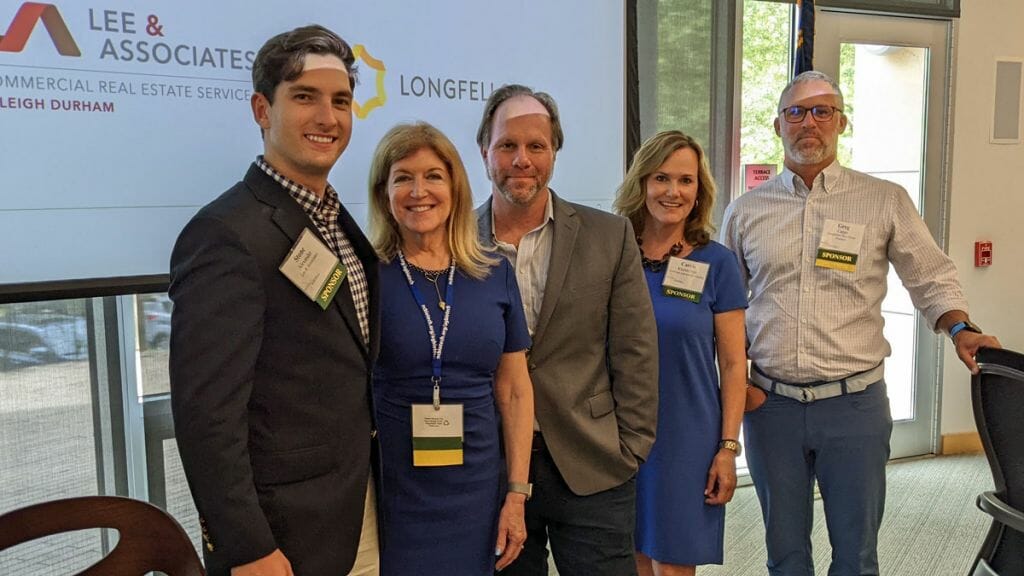 Strategies for meeting the booming demand for lab space in the Triangle and across North Carolina were shared and discussed by panelists from Azzur Group, Lee & Associates, Longfellow Real Estate Partners and Lincoln Harris at the NCBIO Lab Space Forum and Luncheon held Thursday, July 14, at the NC Biotechnology Center.

All the panelists agreed that the supply of lab space was very tight in North Carolina’s Research Triangle. Building in longer lead times when looking for new space is critical to success.

“Generally speaking, lab tenants probably shouldn't be waiting until they get within six to nine months of a lease expiration or an event that's causing them to go out and look for space,” Capps said. "Twelve months if you're a smaller user, and then anybody that's looking for a meaningful amount of space, you probably need to allow anywhere from 15 to 24 months.”

Getting a transition team in place first thing to help plan a move to new space makes the whole process faster, cheaper and more satisfying, the panel said.

"Really getting a team together — getting a lab architect that knows how to design spaces, how to ask the right questions — to start planning a space and then plotting out the schedule to make sure that you're ordering long-lead-time items,” Watkins said. “That lab planner, that project manager is key. I think a lot of folks know what they want at the end of the day for that lab to look like, but to get it from a shell space to that, there's a lot of details that go in that process.”

Spritzer asked whether any new processes had emerged as a response to the COVID-19 pandemic.

Gates said, “When I was in Big Pharma, we didn't really do remote audits. It was viewed as kind of a second-tier thing. Then it became an absolute necessity throughout the pandemic, and now it's become another tool in the toolbox.

“It's something that companies and customers will ask for, so we found being good at that has been a huge benefit for us.”

Spritzer asked the panel how difficult it is to convert office and warehouse buildings to new lab space.

"We found places where we can be really creative and put clean rooms into yoga studios and a Sam’s Club,” he said. “We have found that what works great for us is a space that's located in an area that’s we're where we want to be, and then we convert it. In terms of build versus buy, that works for our clients in terms of speed."

Capps said that Longfellow has been taking the traditional route of converting single-story office buildings to lab space.

“We like it for obvious reasons: there's not many layers of that onion to peel back and define,” he said. “You can do some due diligence on the front end and check a few boxes pretty quickly with a single-story product and typically find that it's suitable to convert from its original use.”

Watkins said that Lincoln Harris would love to be able to convert some of the office space it has on North Carolina State University’s Centennial Campus, but the buildings don’t have the right infrastructure to make conversion feasible.

“We would have done it [conversion] two years ago, at the beginning of all of this, if we had the infrastructure to do it.”

The difficulties don’t mean that multistory buildings can never be converted to lab space, the panelists said. Capps’ firm converted the seven-story office building at 300 Morris Street in downtown Durham to lab space. Multistory buildings just come with additional challenges that have to be overcome, such as low ceiling heights, limited roof space and access and utility capacity.

But Longfellow also had an ace up its sleeve in tackling the Durham building.

"A seven-story office building is a much different animal,” Capps said. “But we built that building and knew it well, so we knew we could convert it.”