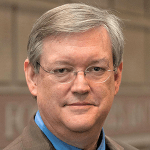 NCBIO has set goal of raising $250,000 for the fund to support students enrolled in programs that support the life sciences in North Carolina. Almost 50 companies and individuals have made gifts or pledges to the fund.

Three scholarships from the fund were awarded to students enrolled in the fall of 2021. NCBIO created the scholarship fund in memory of Sam Taylor, a founder and president of NCBIO. Taylor died of pancreatic cancer in February 2021. 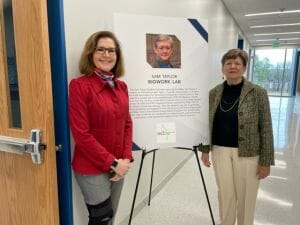 Taylor was honored at the opening of Wake Tech’s Lilly Science and Technology Center by having the building’s BioWork Lab named for him.

To qualify, students must, among other criteria, be enrolled in life sciences courses, maintain a cumulative grade point average at or above the level required for graduation and submit an essay about their interest and goals in life sciences.

North Carolina’s life sciences industry has been experiencing explosive growth. In 2021 alone, there were 34 recruitment and expansion announcements by life sciences and related companies, representing almost $4 billion in investment and 4,800 jobs across the state, according to reports compiled by the North Carolina Biotechnology Center.

Leading the way was FUJIFILM Diosynth’s announcement of a $2 billion biopharmaceutical manufacturing plant in Holly Springs that will create 355 jobs. Amgen will also build a $550 million manufacturing plant in the town. Thermo Fisher Scientific announced projects in three North Carolina towns that will collectively bring over $350 million in investments and nearly 700 jobs.

The torrid pace of announcements has continued in 2022. Lilly is building its second North Carolina manufacturing facility in as many years, this time in Concord where it plans to invest more than $1 billion in a new factory and create nearly 600 new jobs. Proctor and Gamble is spending $110 million to expand its operations in Greensboro, and West Pharmaceutical Services will invest more than $70 million to grow its presence in Kinston.

Taylor understood that a highly trained and qualified workforce would be needed to sustain the industry’s growth in North Carolina. He pushed to create the internationally recognized NCBioImpact training collaborative with the NC Community College System’s BioNetwork program.  Additionally, the Biomanufacturing Training and Education Center at North Carolina State University and the Biomanufacturing Research Institute and Technology Enterprise program at North Carolina Central University, are members of the training collaborative.

Those wanting to contribute to the scholarship fund should make checks payable to the North Carolina Community Colleges Foundation, write Sam Taylor Memorial Scholarship in the memo field or cover letter, and mail them to

For questions or more information about the scholarship, contact David Etchison or Brenda Summers at NCBIO.