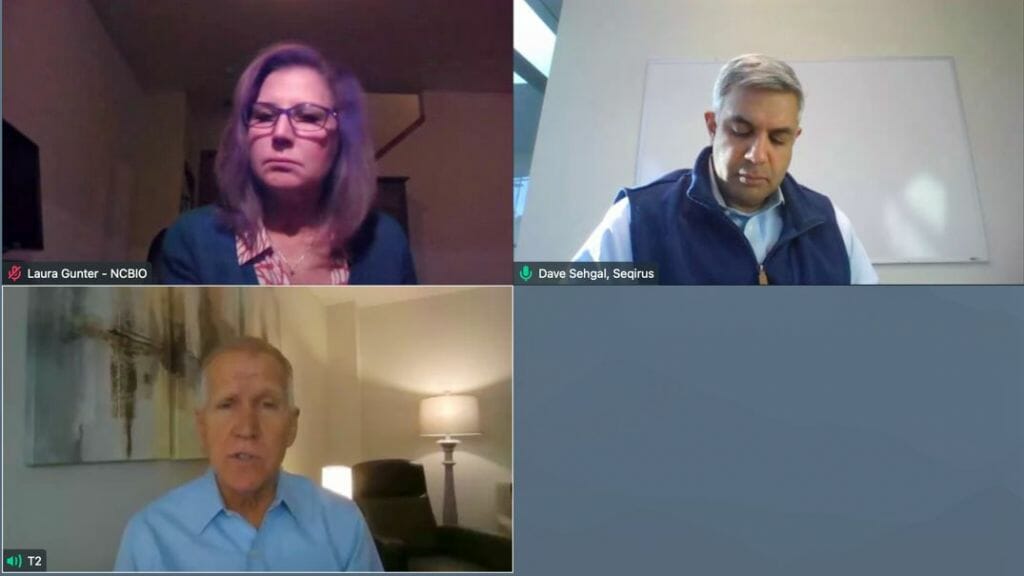 NCBIO members had the opportunity ask Tillis about a number of topics, including the following:

After Tillis left the call, his staff members Senior Policy Adviser Bill Bode and Chief Counsel Brad Watts took over answering questions for members. Watts and Bode stressed that the doors of the senator and his staff are always open, and they encouraged NCBIO members to contact them directly with any issues or questions. NCBIO President Laura Gunter asked members to copy NCBIO on any correspondence with the senator or his staff so that the organization can assist, follow up and share information.

Tillis has agreed to come back in person to further discuss geopolitical issues and supply chain issues. The two issues are intertwined in his view and of critical importance to the life science industry, he said. NCBIO is working with the senator’s office to coordinate a return engagement.