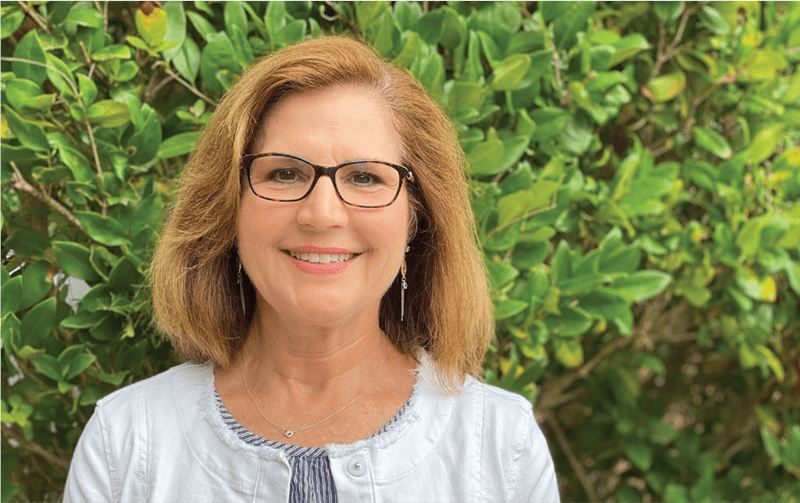 Without a doubt, the defining event of the past year for NCBIO was the death of our president and co-founder, Sam Taylor. We lost Sam to pancreatic cancer in February 2021. While we have missed his presence greatly, we were  comforted and encouraged by the outpouring of support from friends and colleagues in the industry, government and community.

Sam’s legacy is a life sciences industry in this state that is one of the strongest anywhere in the world. He knew that meaningful incentives, tolerable taxes and sensible regulations are all crucial to the industry’s growth success. Perhaps most important, however, is an educated and qualified workforce that possesses the skills and knowledge needed to drive the discovery and innovation for which our industry is known.

It was with his legacy in mind that NCBIO chose to honor Sam by creating a scholarship fund for students in the North Carolina Community Colleges System who pursue training in the life sciences. We have set a goal of $250,000 to create an endowment that will provide four scholarships a semester in perpetuity. By the end of the summer, we had received more than $130,000 in gifts and pledges for the fund.

During Sam’s illness, I assumed the role of executive vice president to ensure that NCBIO operations continued uninterrupted. After his death, the NCBIO Board of Directors conducted a nationwide search for his successor. I was greatly honored to be chosen as the new president of the organization and look forward to working with leaders in the state to build on our past success in bringing opportunity and prosperity to our members and to everyone in North Carolina.

During the past year, NCBIO added David Etchison as our new communications director, and Brenda Summers is now director of workforce programs. The years 2020 and 2021 will be remembered for the COVID pandemic. We saw the life science industry rise to the challenge and produce multiple effective vaccines in record time. While the success of the vaccines generated considerable goodwill for the industry, we were still faced with some significant challenges. While the year ahead is not likely to be without challenges, these challenges are opportunities for NCBIO to demonstrate the value we offer our members, and we relish the opportunity to be of service to you, our state and our fellow citizens. I am energized as together we envision the NC life science landscape of the future.

Sam Taylor, an unflagging advocate for North Carolina and its biosciences industry as president of NCBIO, died Feb. 21, 2021, at the age of 64 of pancreatic cancer.

Senators Richard Burr and Thom Tillis eulogized Sam by placing a statement honoring him into the Congressional Record. “I rise today with my colleague, the senior senator from North Carolina, to honor the life and work of Sam Taylor, the president of North Carolina Biosciences Organization,” Tillis said in the statement. “Sam was a giant in our state and a leading voice for our vital and innovative life sciences and biopharmaceutical sector. A native North Carolinian, his love for his home state and his commitment to its future always
shone through.”

Taylor was best known for his success in driving the state’s life sciences industry to become one of the largest and most successful in the nation. He was instrumental in the founding of NCBIO in 1994 and had served as its president since 2006. As president, he advocated for NCBIO and its members before the North Carolina General Assembly, state executive agencies and North Carolina’s delegation to Congress. He was honored for his contributions to the state and its citizens with the Order of the Long Leaf Pine, the state’s highest award for service, and numerous other awards.

“It is hard to imagine anyone more passionate about life sciences in North Carolina than Sam Taylor,” said Neal Fowler, chairman of the NCBIO board and CEO of Pathalys Pharma. “He has championed the industry for nearly three decades and done it in a collaborative, inclusive manner in the spirit of great leaders throughout North Carolina’s history. As I consider people who have made a lasting impact for this state, Sam is a shining example. His was a life well lived, and one that tremendously benefited North Carolina citizens.” 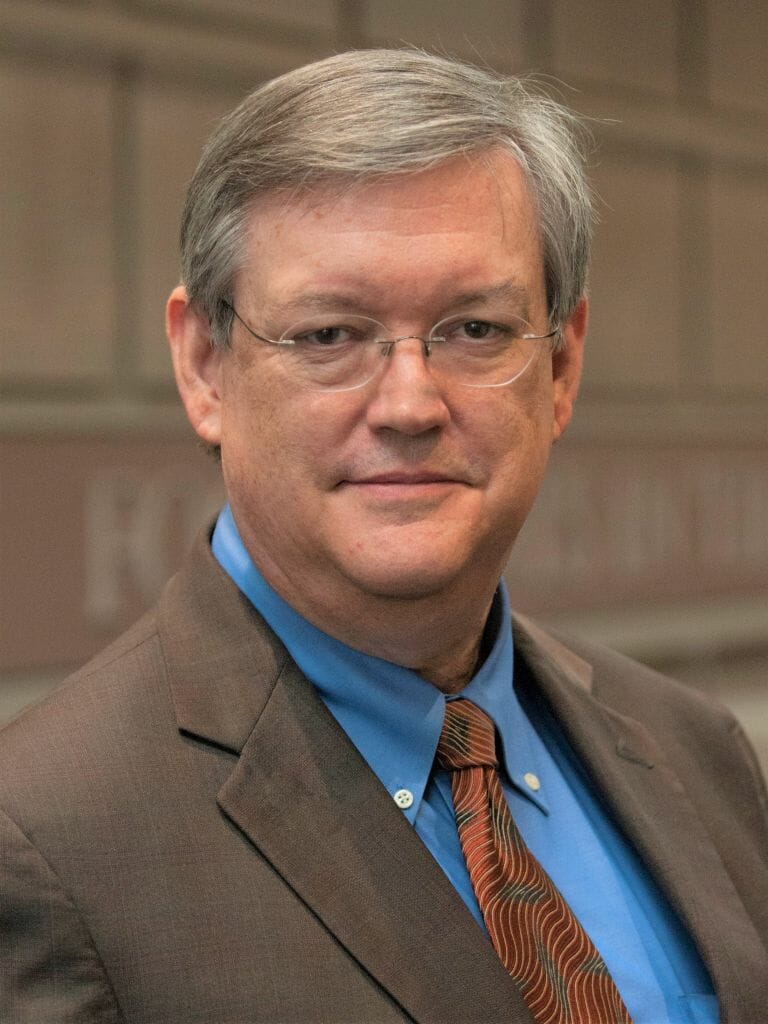 At the meeting, BIO recognized North Carolina Gov. Roy Cooper as BIO’s 2020 Governor of the Year. In accepting the award, Cooper noted that North Carolina has become a home for cell and gene therapy manufacturing, and in the previous year, the state worked with the industry to create 3,600 new jobs.

During the closing session of the meeting, BIO’s new CEO and President Michelle McMurry-Heath addressed NCBIO members. “We are living through extraordinary challenges,” she said. “I hope it is a turning point in the public’s understanding of why science matters. Biotech and science are the catalysts that will ensure we come out of this pandemic stronger, healthier and more resilient.”

Assisting our companies with the COVID-19 pandemic issues will remain a priority in 2021-22. We will continue our teleconferences and benchmarking surveys and monitoring and reporting of local, state and federal pandemic-related actions.

The state’s economy and budget picture continues to outperform expectations, and while external factors can change, we will be prepared to take advantage of opportunities to partner with the state to support our industry.

At the federal level, we continue to oppose international reference pricing proposals, as well as other drug pricing measures that do not address the entire pharmaceutical production, distribution and reimbursement system. We will  continue to support the federal government affairs work of PhRMA, BIO, AdvaMed and MDMA through advocacy targeted to members of the North Carolina Congressional Delegation.

Finally, NCBIO will continue to provide regular virtual or in-person networking and information-sharing forums for member companies. We will also continue working with state and local governments, educational institutions and school systems to meet the workforce needs of North Carolina’s life science community, including the sector’s interest in employing a diverse workforce.

As always, the NCBIO staff appreciates the support we receive from our members, including participation in our advocacy efforts, membership forums and other activities. We look forward to working with you in 2021-2022. 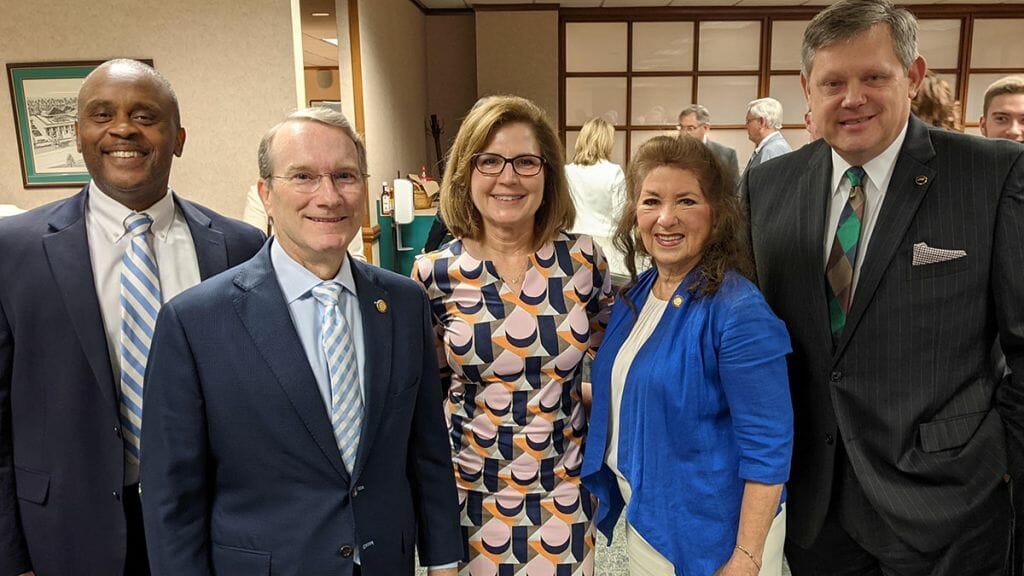 Informing members of the General Assembly about the life science industry in North Carolina is a primary focus of NCBIO. While COVID has meant the cancelling of our popular annual legislative reception that brings legislators and members together, we have used a combination of virtual programming and a return to in-person meetings to communicate our members’ continuing contributions to healing, feeding and fueling the world.

In July, caucus members were told that, unlike many other states, North Carolina requires that a company have FDA approval for a drug before applying for a license to manufacture the drug instead of getting a conditional license that becomes active once the drug is approved. Caucus co-chairs drafted legislation to allow the NC Department of Agriculture to improve the licensing process, and Governor Cooper signed the change into law at the end of August.

NCBIO also supported legislation banning copay accumulator adjustment programs implemented by health insurers. These programs prevent patients from benefiting from insurance copay assistance from pharmaceutical manufacturers by not allowing the assistance to count toward annual deductibles or out-of-pocket maximums. The General Assembly passed S257, the Medication Cost Transparency Act, in September banning this practice, as one of several pharmacy benefit manager provisions, and the governor signed it.

At the time of this publication, the state budget remains in the conference consideration process. NCBIO has lobbied on several priorities that are still in play:

The COVID-19 pandemic and the development of vaccines captured the nation’s attention and generated unprecedented goodwill for the industry, but drug pricing proposals continue to be a focus of NCBIO’s federal advocacy.

Toward the end of his term, President Donald Trump issued an executive order tying prices of Medicare Part B drugs to the lowest prices paid in certain foreign countries. The ruling was blocked in court and expired with the changing administration.

When President Joe Biden took office, H.R. 3 was re-introduced and would use international reference prices to dictate the cost of patients’ medication. In essence, the bill would establish price controls over prescription drugs based upon the rates set in foreign nations. By importing other countries’ drug prices, the government would also be importing the same deeply flawed, top-down government mandates that cripple medical advancement and reduce access to essential treatment.

In North Carolina alone, these proposals could cost over 59,000 jobs and erase $17.5 billion in economic output from North Carolina’s economy over a decade. Unfortunately, these drug pricing controls don’t ultimately reduce a patient’s out-of-pocket costs. With reconciliation and an infrastructure package looming, H.R. 3 is back on the table, and NCBIO is working closely with BIO and PhRMA to continue delivering the message of the importance of North Carolina’s biomanufacturing hub and the impact on it, as well as the effect on our innovation economy.

The COVID-19 global pandemic has created incredible worldwide demand for the safe and effective vaccines developed in the U.S. In a misguided effort to increase vaccine supply, the Biden administration supports waiving critical intellectual property protections for U.S. COVID-19 vaccines to allow them to  be made by other countries.

NCBIO continues to talk with members of the state’s Congressional delegation about the dangerous precedents the TRIPS waiver and government price fixing set and the chilling effect they would have on investment and innovation.

NCBIO has supported the Alliance to Modernize Prescribing Information in hopes of reducing the amount of paper waste sent to pharmacists. Unfortunately, the paper industry is fighting to maintain the current antiquated and unused system.

With respect to federal policies affecting medical devices, NCBIO has worked closely with AdvaMed and MDMA on the Medical Coverage of Innovative Technology rule within CMS to allow Medicare patients immediate access to breakthrough medical innovations.

While our normally scheduled fly-ins and other in-person meetings have been curtailed during the pandemic, NCBIO has continued regular communications with the NC delegation and has worked closely with member company federal representatives as we attempt to bring the important message of North Carolina’s strong life science industry, which could be disproportionately affected by some of the pricing and IP legislation being considered.

At the end of August, NCBIO hosted the “Roadmap to Diversity in Life Sciences,” the first in a series of anticipated events around diversity, equity and inclusion. Mona Babury, M.B.A., who leads DEI strategy for Pfizer’s Global Supply, Finance and Global Business Solutions, was the keynote speaker. Panelists shared ways to attract and recruit and to engage and retain diverse talent. The co-chairs of the NCBIO Diversity Committee are Shaylah Jones, J.D., principal, government and public affairs for Novo Nordisk, and Neil Jones, vice president, corporate strategic partnerships for Lindy Biosciences.

NCBIO companies participated in the 2021 Life Sciences Workforce Trends  Report released by the Coalition of State Bioscience Institutes and TEConomy Partners. The life science industry increased hiring despite the global pandemic and adapted to and embraced the shift to remote work the pandemic caused. 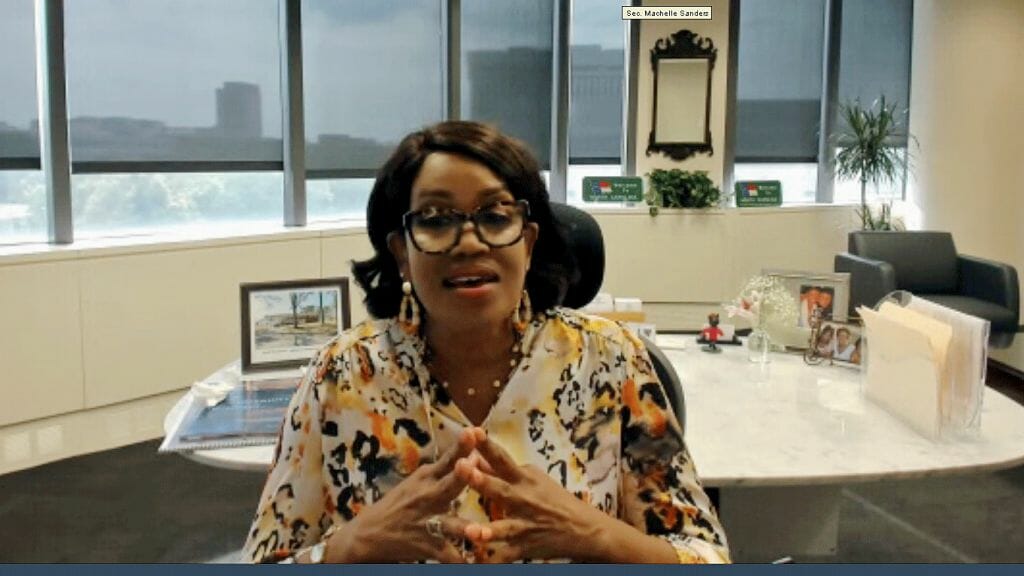 The NCBIO Biotech Manufacturers Forum focused on ensuring a strong workforce and sharing best practices on a variety of relevant topics and worked to support members as they grappled with the COVID-19 pandemic.

NCBIO sincerely appreciates the support of our 2020-2021 events sponsors who made our 2020 Annual Meeting and online events and forums possible.